Yellow jackets. The forest was humming with them. The air vibrating, pulsating. A sign of summer.

Birds. In the spring and summer, the birdsong is alive in our neighborhood, and our back yard. We also have turkey vultures flying overhead and roosting in the tall fir tree beyond our deck–high above the Willamette River below. I knew turkey vultures feasted on dead animals, but wondered how they could ever consume the flesh of all the birds in my neighborhood dying throughout the summer and fall. For all the living birds, I rarely saw a dead one. What happened to all those birds when they died?

Recently I was at the Abbey for a personal day of mindfulness, spending most of the morning and late afternoon up in the woods on Abbey land. During my morning walk I came upon a small bird, obviously sick, almost dead. A slight shudder and fluff of its wings was all the movement it could manage. I put a bit of water on the ground near it, and offered a quiet prayer that it would be well and not suffer greatly.

When I walked past that bird in late afternoon, it was dead, lying on its side. This time, just a few hours after my morning walk, the bird was swarmed with yellow jackets. The hum around the bird was an amplification of the humming forest.

I used to think of yellow jackets as dangerous pests. I have been stung and bitten by them in the past. Earlier this summer I disturbed (kind of broke) a yellow jackets’ nest hidden in some dried leaves near the side of our house, and they were fierce in their protective attack. So I left them alone and have been watching them, rebuild their nest and continue their lives. They are quite industrious and not so dangerous as I had previously thought. 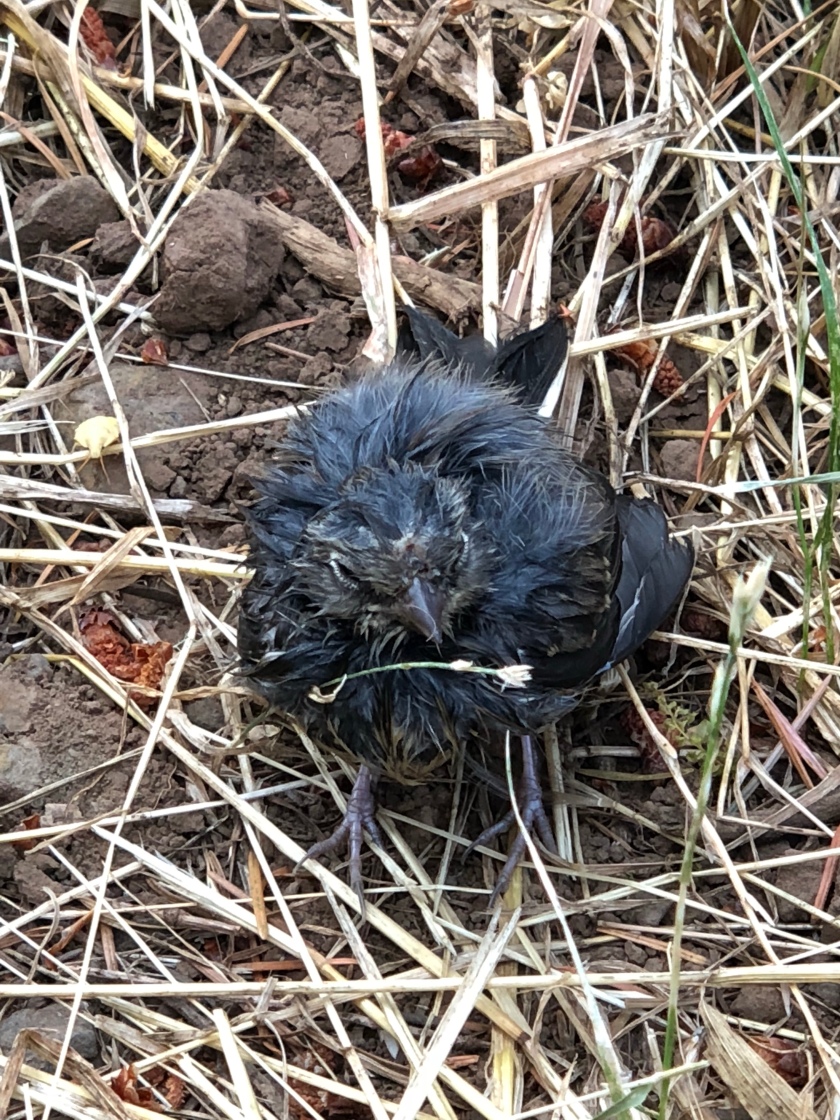 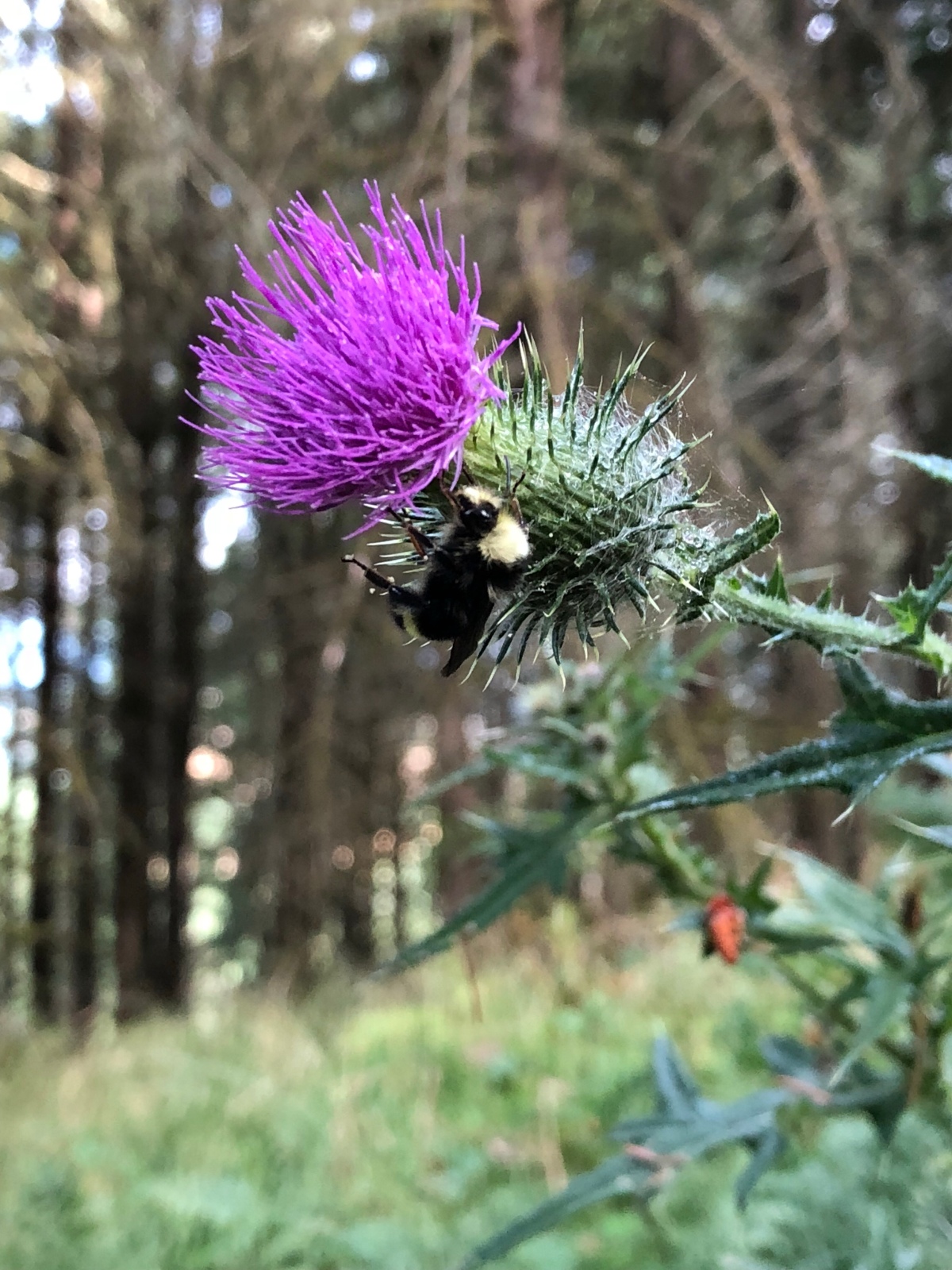 Were they
caught in the light morning rain?

Are they
waiting to dry out?

Are they
waiting to warm up?

What is the true nature of
birth and death? continuation? manifestation?