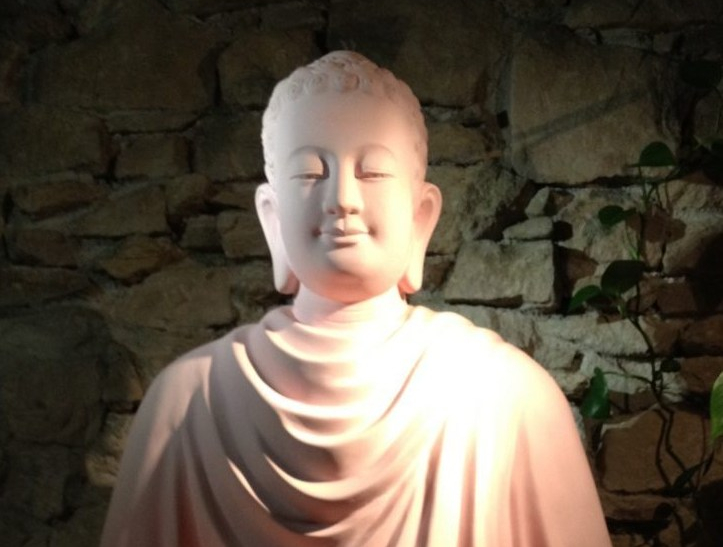 At this year’s 21-day retreat in Plum Village, France, Sister Annabel (Sư Cô Chân Đức)  gave a talk about the title of the retreat, “Soulmate of the Buddha.” It was based upon Thay’s teachings during the 2012-13 winter retreat that he offered in Vietnamese to the Plum Village monastic community.

Sister Annabel said that after the Buddha became enlightened he thought, “What I realized at the foot of the Bodhi Tree is very deep and wonderful. It cannot possibly be described in words.” The experiences that liberated the Buddha were impossible to put into words. That is why initially he did not want to teach. But the Buddha eventually decided to teach anyway. Why? God Brahma told him that people in the world, they suffer so much, and they need the teachings very much. So he began. He also realized that he needed to offer the teachings in a way that was appropriate to the people he was teaching.

So, in the winter of 2012-13, Thay taught for three months on the subject, “Soulmate of the Buddha.” He shared many “correctives” to what he saw as the lack of understanding that has caused Buddhist practitioners to go astray over time. Many of these “correctives” can be found in the 40 Tenets of Plum Village Buddhism.

The deep teachings of the Buddha help us touch a dimension that is beyond time and space. And yet it can only be touched right in the midst of this very life we are living in the present moment. I invite us to continue this practice of exploring the teachings, questioning and practicing so that we may be living continuations of the Buddha, soulmates of the Buddha.